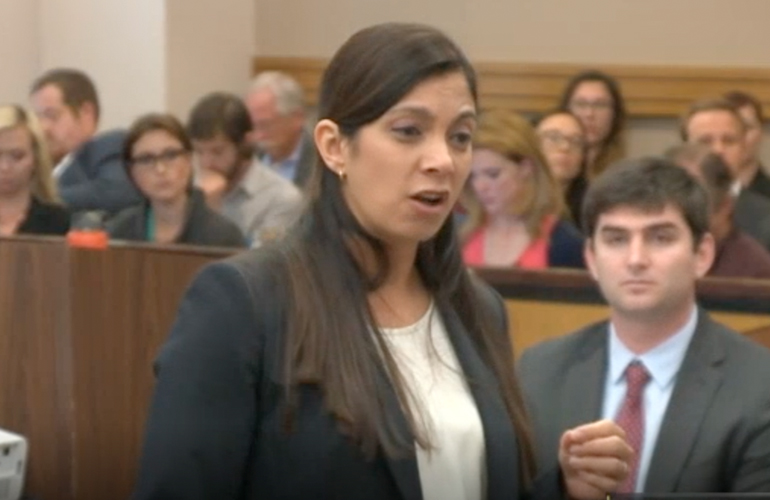 By: Gaby Rodriguez and Megan Tevrizian

New details were revealed Wednesday in the case of a 10-year-old San Diego boy who died from rat bite fever after playing with a pet rat purchased from Petco.

Pankey died just hours after he was rushed to the hospital with severe stomach pains.

His family had just bought the boy a pet rat from Petco, a San Diego-based company. The CDC later confirmed the rat was infected.

In opening statements, attorneys for the Pankey family questioned whether the pet could have been tested for rat bite fever, whether the right type of warning was issued by Petco at the time the pet was purchased and whether Petco knew of any other cases of rate bite fever connected to rats purchased at their stores.

In court, attorneys stated there had been two other cases of rat bite fever in San Diego County. In those cases, someone was infected after buying a rat from Petco, the attorney told jurors.

“[Petco] had knowledge that its customers, children, it was selling its pet rats to, were contracting rat bite fever from those rats and getting very, very sick,” said Bibianne Fell, attorney for the Pankey family.

Fell also said in her opening statement that in the months leading up to Aiden’s death, the supplier of Petco’s rats, Barney’s Pet Supply, had rats that were tested positive for rat bite fever.

Attorneys for Petco and Barney’s Pet Supply said testing every rat for the bacteria is nearly impossible, and no suppliers in the nation test every rat for rat bite fever.

“There are no suppliers of rats that can guarantee that they do not carry this bacteria,” Petco’s attorney Kimberly Oberrecht said, “it’s not the customary practice. No one can do it.”

Petco released a statement expressing their condolences to the Pankey family.

“The health and safety of people and pets is always a top priority,” the statement reads. “We take the family’s concerns very seriously.”

The jury was also shown the pamphlet given to Pankey and his grandmother when the rat was purchased. A paragraph talks about rate bite fever but it does not indicate the bacteria can be spread by simply touching the rat.